Textron's Bell subsidiary has marked the third anniversary of the V-280 Valor's initial flight and touted that the tiltrotor aircraft recorded 200 mission hours.

The V-280 is built in support of the U.S. Army's Joint Multi-Role Technology Demonstration program and has performed more than 150 test flights to inform the service branch on future vertical lift platform requirements, Textron said Friday.

Ryan Ehinger, vice president and program director for V-280 at Bell, said the company worked with the Army to demonstrate a low-risk and sustainable air vehicle.

“The coupling of this air vehicle technology with the work we have been doing in open mission systems will … enable delivery of a weapon system that can serve the Army for decades,“ he added. 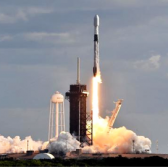