The digital-twin process requires the use of simulations and 3D models to virtualize the full systems engineering life cycle including design, testing and manufacturing.

Operators can also use the digital-twin concept to virtually assess spacecraft interfaces and identify potential needs for mission-based modifications ahead of delivery, Raytheon noted.

The digital-twin technique helped the team mitigate production and logistical risks while identifying vulnerabilities early in the manufacturing process. This has enabled the delivery of one payload every month, according to the company.

Madison Dye, a systems engineer for the WorldView Legion program at RI&S's space and command-and-control systems segment, said the company initially created a manufacturing-focused digital lab and was able to streamline procedures by executing a production-line based approach.

Maxar first announced plans to partner with Raytheon to construct six WorldView Legion satellites in May. 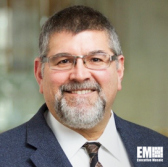 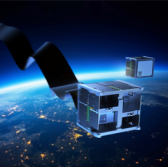