Textron's aviation arm has handed over to the National Oceanic and Atmospheric Administration a mission-oriented variant of the Beechcraft King Air 350CER turboprop aircraft in support of the agency's emergency response missions and aerial survey efforts.

The 350CER is built as an extended range variant of the 350i aircraft and can fly up to eight hours and collect data through the use of its ER features and dual-sensor port modification, the company said Tuesday.

"We are honored the King Air 350CER aircraft continues to be the aircraft of choice to fill a variety of critical mission needs for NOAA," said Bob Gibbs, vice president for special mission sales at Textron.

NOAA's Aircraft Operations Center within the Office of Marine and Aviation Operations manages and maintains its fleet of manned air vehicles in behalf of the agency. 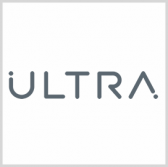