NASA has claimed that it made notable progress on the Moon to Mars exploration strategy, the Artemis program, scientific advancements and spaceflight capabilities in 2020. The agency outlined its achievements for the current year on Tuesday.

“We made history with a U.S. commercial partner, made groundbreaking discoveries, advanced science, furthered aeronautics research and technology development, and even joined in the fight against COVID-19,“ said  Jim Bridenstine, NASA administrator and 2019 Wash100 Award recipient.

In response to the pandemic, NASA developed a surface decontamination system, a ventilator and an oxygen helmet to treat COVID-19 patients.

Another achievement was NASA“™s astronaut launch on a commercial spacecraft from American soil to the International Space Station (ISS).

NASA has advanced its plan for a robotic and human return to the Moon under the Artemis program. The agency has also named astronauts to the Artemis Team and published science priorities and activities for the Artemis III mission.

In addition, NASA has signed the Artemis Accords between NASA and eight partner countries. The accords implement the Outer Space Treaty and other international agreements to establish a set of principles to guide cooperation among nations participating in the agency's lunar exploration plans.

The Mars 2020 Perseverance rover mission was also launched by NASA to the Red Planet in July. The rover is now nearing its destination.

"NASA has impressed the nation with our resilience and persistence during the pandemic“¦ We met an incredibly challenging year with incredible achievements and established a path for continued success," Bridenstine said. 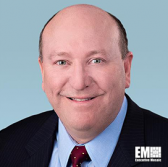