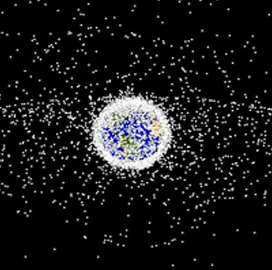 The defense agencies of the U.S. and U.K. have named 10 start-ups from both countries and other allies who will work to deliver technologies in support of militaries' space domain missions.

The British government said Tuesday that Cognitive Space, precursor SPC, Rocket Communications, Slingshot Aerospace and Swim.ai from the U.S.; Spire Global, Riskaware and Telespazio Vega UK and Clutch Space Systems from the U.K.; 114 AI Innovation from India; and Clearbox Systems from Australia were selected through the International Space Pitch Day and were provided with up to $66K contracts to streamline the development of their proposals.

Selected offerings include a toolset for visualizing and analyzing several sources of data in real time, a blockchain-enabled technology for cloud satellite mission planning, and a real-time orbital situational awareness platform.

"Competing for technology outside of our fence lines has been a major U.S. Air Force and Space Force theme," said Will Roper, assistant secretary of the Air Force for acquisition, technology and logistics. He also expressed confidence in the future of international space cooperation.

The event was held on Nov. 16 and 17, drawing 15 proposals from tech startups and small and medium-sized enterprises.

The Department of Defense and its U.K. counterpart announced the competition on July 22 and set a Sept. 2 deadline for proposal submission.