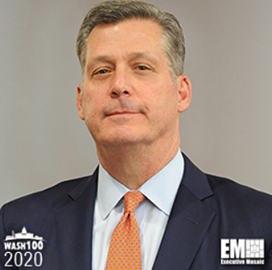 "Since our inception, we have consistently achieved solid execution across the enterprise, and this quarter is no exception. Once again, we delivered on our revenue, adjusted diluted earnings per share and free cash flow conversion expectations," said Mac Curtis, chairman and CEO of Perspecta and six-time Wash100 Award recipient.

Perspecta's year-over-year decline in revenue was due to the one-time $60 million asset sale related to the NASA Agency Consolidated End-User Services (NASA ACES) program closeout, as well as the impact of COVID-19. Excluding the impacts of the asset sale and the COVID-19 pandemic, revenue for the quarter grew four percent year-over-year.

The company's as-expected year-over-year decrease in profitability was primarily due to lower asset intensity, an increased mix of cost-reimbursable programs and a $5 million COVID-19 impact. Perspect reported an adjusted diluted EPS of $0.53, down two percent compared to adjusted diluted EPS for the second quarter of fiscal year 2020.

"We continue to accomplish these strong results, quarter after quarter, because of our dedication and commitment to mission execution and operational excellence.  With strategic awards and significant milestones in the areas of cyber, 5G and cloud migration, we remain steadfast in supporting our customers during this unprecedented time," Curtis added.

At Perspecta, we question, we seek and we solve. Perspecta brings a diverse set of capabilities to our U.S. government customers in defense, intelligence, civilian, health care and state and local markets. Our 280+ issued, licensed and pending patents are more than just pieces of paper, they tell the story of our innovation.

With offerings in mission services, digital transformation and enterprise operations, our team of nearly 14,000 engineers, analysts, investigators and architects work tirelessly to not only execute the mission, but build and support the backbone that enables it. Perspecta was formed to take on big challenges. We are an engine for growth and success and we enable our customers to build a better nation. 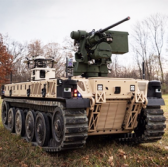