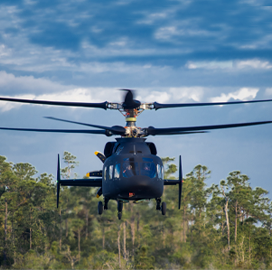 A test pilot of the Sikorsky-Boeing SB>1 Defiant helicopter talked about his flying experience and the capabilities of the aircraft's X2 Technology during a webcast hosted Wednesday by Boeing and Lockheed Martin's Sikorsky subsidiary as part of the Association of the United States Army conference, Aviation Today reported.

“We can tune that with the flight controls so that we can make it as aggressive as you want the aircraft to be if you're low and fast through the trees and you're maneuvering to avoid enemy contact, or you can de-tune it a little bit if you're flying in the clouds you're doing an instrument mission, where you don't want a hot machine and then you tune it appropriately for that mission,“ Fell said during the webcast. “So, the combination of the rigid rotor and the fly-by-wire flight control system adds enormous capability to the Army mission.“

Fell said X2 allows operators to use sensors to facilitate autopilot landing and the pusher prop of Defiant provides pilot deceleration and acceleration capabilities to perform landing operations and avoid contact with adversaries. 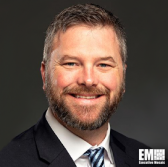