Construction of the “Crossroads“ high-performance computing system comes as part of a $105M agreement to replace the Trinity supercomputer at the Department of Energy's Los Alamos National Laboratory in New Mexico, HPE said Wednesday.

Crossroads will feature an HPE Cray EX framework as well as Intel's Xeon processors that are designed for artificial intelligence-based functions including 3D simulation.

HPE is scheduled to deliver Crossroads at LANL in spring 2022. The Sandia and Lawrence Livermore national laboratories are also slated to utilize the supercomputer throughout the 2022 to 2026 period, according to the company.

He noted that HPE has a long history supporting NNSA projects and that the Crossroads initiative builds on the company's commitment to “maintaining the reliability and security of the nation's nuclear stockpile“.

HPE serves as the HPC provider for the planned Aurora and El Capitan exascale systems at Argonne National Laboratory and LLNL, respectively. 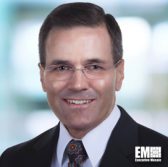