Intel's federal business has entered into a three-year agreement with the Department of Energy's Sandia National Laboratories to conduct large-scale research into a new computing concept based on the human neurobiological system.

The Loihi-based platform has a capacity of 50M neurons and is meant to help researchers run physics simulations and large volumes of data for activities like pattern recognition and sensor data analysis.

Intel and Sandia expect the Loihi system to support research into areas such as scientific computing, counterterrorism, national security, energy and counterproliferation.

Mike Davies, director of the neuromorphic computing lab at Intel, said the company is looking forward to collaborating with Sandia to establish "the next generation of neuromorphic tools, algorithms and systems that can scale to the billion neuron level and beyond."

Work under the Loihi effort will help the company in furthering the development of another neuromorphic architecture slated to exceed capacities of 1B neurons, according to Intel.

The agreement builds on Intel's prior release of a 100M-neuron computing system called Pohoiki Springs to the Intel Neuromorphic Research Community. 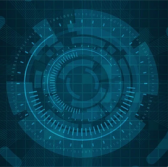 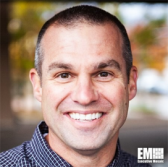