Elon Musk, CEO of SpaceX, recently announced that the company has begun preparations to develop a permanent human settlement on Mars with SpaceX's Starship rocket. Musk has projected that SpaceX's first uncrewed mission to Mars could occur in a minimum of four years.

SpaceX's Starship vehicle is a reusable rocket-and-spacecraft combo that is currently under development at the company's South Texas facility.  SpaceX is also planning to use Starship for missions to the moon starting in 2022, as well as point-to-point trips around the Earth.

Musk unveiled plans for SpaceX's Starship plans in 2016. The project aims to launch a 165-foot (50 meters) spacecraft atop a massive booster for deep-space missions to the moon, Mars and elsewhere. Both the Starship and its Super Heavy booster will be reusable.

Musk has advocated for humans to establish a permanent and self-sustaining presence on Mars to ensure "the continuance of consciousness as we know it.“ However, SpaceX has not developed  plans to build a Mars base. The company's primary goal is to ferry cargo and humans to and from Mars.

"My personal hope is that we're going to see Starship in the stratosphere before this year's out, and if Elon is right, reach orbit next year or the year after," Mars Society founder Robert Zubrin said. "This will change people's minds as to what is possible.“

SpaceX designs, manufactures and launches advanced rockets and spacecraft. The company was founded in 2002 to revolutionize space technology, with the ultimate goal of enabling people to live on other planets. As one of the world's fastest growing providers of launch services, SpaceX has secured over 100 missions to its manifest, representing over $12 billion on contract. 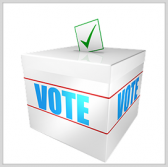 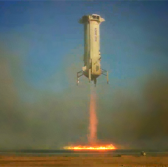