He led Northrop from 2003 to 2009 as its chief executive and chairman.

Moffatt's nearly four-decade career included 32 years at Deloitte, where he also held the positions of vice chairman for the company's global consulting practice and deputy CEO for its U.S. subsidiary. 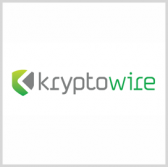