BlueVoyant has added cybersecurity leaders Debora Plunkett and Ariel Litvin to the board of directors and named Ronald Moultrie, former senior national security official, as vice chairman of its advisory board.

Plunkett is a three-decade cybersecurity leader and former director of information assurance at the National Security Agency, BlueVoyant said Tuesday.

Plunkett, a former member of the White House National Security Council, currently serves as principal of consulting business Plunkett Associates, professor at the University of Maryland and senior fellow at Harvard. She is also board chair at Defending Digital Campaigns and sits on the boards of CACI International, JCPenney and Nationwide Insurance.

Litvin is a 25-year information risk and cybersecurity executive and serves as chief information security officer of a global manufacturing company.

Moultrie served as director of operations at NSA and held senior leadership roles at the Department of the Navy and the CIA during his over three-decade government career. He sits on the boards of Altamira Technologies, Sequoia, iCapital Network, The Better Angels Society and the National Intelligence University. He is also a senior adviser to Mitre, Resolute Consulting and Pallas. 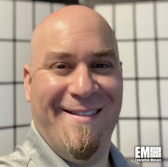