Raytheon Technologies has built and delivered another high-energy laser weapon system to the U.S. Air Force for use in the branch's upcoming experiments and training activities overseas.

The company said Monday HELWS has completed a directed energy weapon evaluation process and been approved for initial operational employment.

The Air Force deployed a prior derivative of the system earlier this year in a forward operating environment and recorded more than 1K hours of operation with the first variant.

“HELWS builds directly on the feedback we received from operators in the field,“ said Annabel Flores, vice president of electronic warfare systems at Raytheon Technologies' intelligence and space business.

“We've made the system more rugged. We improved its accuracy and overall efficiency based on real-world lessons learned in an operational environment.“

The system is mounted on an all-terrain MRZR vehicle and equipped with an unmanned aerial threat detection system, Raytheon Technologies noted. 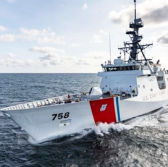