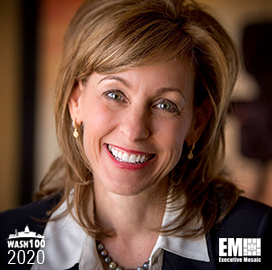 A reusable space plane manufactured by Boeing and managed by the Department of the U.S. Air Force's Rapid Capabilities Office has won an award from the National Aeronautic Association for missions that have helped advance flight and space exploration technology.

NAA awarded its 2019 Robert J. Collier Trophy to the X-37B orbital test vehicle, which has set a record for staying in orbit for 780 days and completed an overflight of the U.S., Boeing said Thursday.

The recognition marks the Air Force and Boeing's ninth shared Collier award and the 33rd for the company.

"We are truly honored that the women and men of the X-37B team are being recognized with the Collier Trophy," said Leanne Caret, CEO and president of defense, space and security at Boeing and a 2020 Wash100 awardee.

"Not only have they earned a place among our industry's legends through their commitment to innovation and performance, but their accomplishments will influence the next generation of space and aerospace development for the benefit of all humanity."

The autonomous vehicle has performed experiments in space during five uncrewed missions over the past decade and launched for a sixth mission in May. 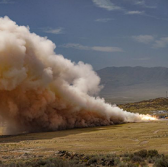