Northrop and NASA“™s Jet Propulsion Laboratory will integrate and test the LN-200S inertial measurement unit with Perseverance ahead of the rover's launch scheduled to take place over the next two months, said Friday

LN-200S is a small fiber-optic gyroscope that contains silicon micro-electromechanical elements that work to measure Perseverance's angle changes and velocity during its probe of the Martian surface.

The tool is meant to stretch the rover“™s shelf life beyond 1,071 Earth days, according to Northrop.

Brandon White, vice president for navigation and positioning systems at Northrop, said the LN-200S platform“™s history of supporting prior missions to low- and geosynchronous-Earth orbit will enable it to “play an essential part“ in NASA“™s long-term scientific pursuits.

Northrop previously provided LN-200 systems for NASA's Curiosity, Spirit and Opportunity Mars rovers. The company has delivered over 35K of the IMUs for other space and undersea missions since 1994. 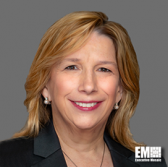