Executive Mosaic is honored to present Gina Haspel, director of the Central Intelligence Agency, as an inductee into the 2020 Wash100 Award for developing new technologies and policies that enhance safety within the agency as well as national security.

This marks Haspel“™s second-consecutive Wash100 Award. She secured her previous Wash100 Award in 2019 for her efforts to improve the CIA as an intelligence service and diversifying the agency“™s workforce.

Haspel was confirmed by the Senate in May 2018 to become the first female director of the agency in history. In her role, she oversees intelligence collection and analysis, covert action, liaison relationships with foreign services and counterintelligence operations. She has used her experience to spearhead operations at the agency throughout 2019 and into 2020.

Most notably, in Jan. 2020, Haspel led the CIA“™s development of a technology that would disable the U.S.-made anti-air missiles given to foreign allies if needed.  Jos Wetzels, a Dutch researcher, said at a conference in Germany that the technology is designed to activate foreign user restrictions on Man-Portable Air-Defense System missiles.

The technology, known as geofencing, would disable MANPADS from use based on the weapon's location. A MANPADS missile beyond a certain geographic range would cease from functioning if geofencing is applied.

The security provided by geofencing technology may convince the U.S. to distribute powerful weapons more often, experts said.  Geofencing may address cases in which lost missiles are sold or fallen into wrong hands.

Haspel has continued to add new technologies and networks to improve both the agency and national security since her appointment. The CIA launched an “onion site“ on the Tor network designed to strengthen online security by allowing users to browse the agency“™s website anonymously, the agency reported in May 2019.

“Our global mission demands that individuals can access us securely from anywhere. Creating an onion site is just one of many ways we“™re going where people are,“ the agency stated. The CIA“™s Tor onion service will continue to work to protect the user“™s IP address and browsing activity.

The technology has been integrated by bouncing encrypted internet traffic through several chains of devices to make that traffic untraceable. The agency said users need to download and install the Tor browser before they can navigate the website using the given onion address.

In addition to growing the agency“™s technology offerings, Haspel has been an integral advisor to the Trump administration, assisting with policies, documents and notifications. In Nov. 2019, the Trump administration issued a plan for the federal government to notify the public, election officials and Congress of foreign interference in U.S. elections.

The Office of the Director of National Intelligence (DNI) released a one-page summary of the framework that outlined  several principles the U.S. government should consider before issuing public notifications. The document states that notification decisions should be in support of national security interests and intended to safeguard the integrity of social and political discourse.

In the case of broad public notifications, the DNI will hold a meeting with principals to determine whether a notification should be issued. The documents“™ principals included Haspel, FBI Director Chris Wray, Attorney General William Barr and Secretary of State Mike Pompeo.

Executive Mosaic applauds the Central Intelligence Agency and Gina Haspel on her 2020 Wash100 Award. Haspel“™s success in building new relationships through new policy and technology initiatives demonstrates the level of vision and success that she has been able to achieve within the agency and for the GovCon sector.

This year represents our sixth annual Wash100 Award selection. The Wash100 is the premier group of private and public sector leaders selected by Executive Mosaic“™s organizational and editorial leadership as the most influential leaders in the GovCon sector. These leaders demonstrate skills in leadership, innovation, achievement, and vision. 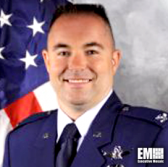