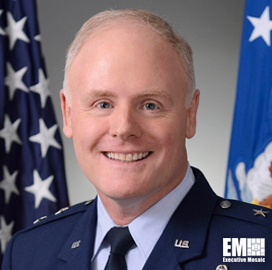 The Boca Raton, Fla.-based firm said Monday it received funds from investors such as Miami-based venture capital firm Rokk3r Fuel to support the development of SAR technologies that send data to ground infrastructure in virtual real-time regardless of weather conditions and time of the day.

Marc Bell, chairman and co-Founder of PredaSAR, said the company's SAR technology is designed for constant high-resolution image capture for 2D and 3D reconstructions. He noted that PredaSAR intends to produce and send two SAR platforms to orbit in partnership with smallsat manufacturer Tyvak.

Teague, who retired with the rank of major general, brings over three decades of Air Force experience to his new role. He entered the service in 1986 and previously served as commander of the 4th Space Operations Squadron.

Bell noted that Teague's experience leading programs such as the Air Force's Space Based Infrared Systems initiative will support the company in its growth efforts.

“We are completely focused on our intent to clearly observe the surface of the earth, anywhere and at any time, so that we can provide actionable data to government and commercial customers,“ said Teague. 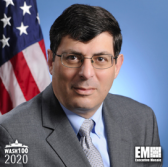