SpaceX has shipped its Crew Dragon spacecraft to Cape Canaveral in preparation for an initial manned test with NASA, Engadget reported Saturday.

Astronauts Bob Behnken and Doug Hurley will board Crew Dragon for the demonstration that is scheduled to take place on May 7.

After the manned test flight, the spacecraft will undergo pre-launch processing in the months that follow.

The spacecraft is designed to facilitate astronaut trips to the International Space Station and other locations in space. 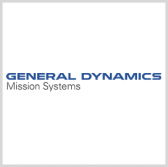