The company aims to achieve a software-based system that allows for continuous modifications via software updates, rather than hardware additions.

The effort will modernize the performance of the Standard Terminal Automation System, or STARS, a platform that facilitates the command and control of data for radar control facilities.

The company aims to have a single baseline for STARS“™ hardware and software by the middle of the year.

Raytheon also developed the Multi-platform ATC Re-hosting Solution, or MARS, that will facilitate the entry of drones and future aircraft into airspace.

“It will introduce a new display to air traffic controllers that would allow them to continue using their existing keyboards or to start using a tablet as a virtual keyboard,“ said Dent about MARS. 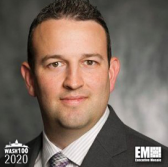