Northrop Grumman and partners have finished qualification testing of an attitude control motor designed for use in the Orion spacecraft.

The company said Tuesday it worked with Lockheed Martin and NASA to conclude the final qualification test of the ACM. The ACM will help Orion“™s launch abort system facilitate safety measures by moving Orion“™s crew module away from the launch rocket in events that require an abort.

The team conducted the final test in cold conditions, in contrast to previous trials that employed hotter temperatures. Valves generated over 7K pounds of thrust for the test“™s high-thrust portion.

NASA plans to launch the manned Artemis II mission by 2024. 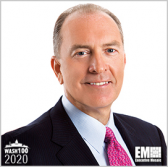