Boeing has delivered an F/A-18 Super Hornet jet with the Block III configuration to the U.S. Navy as part of the military branch’s aircraft service life modification initiative.

The company said Thursday it updated the communication and network systems, fuel storage and cockpit of the fighter aircraft.

The delivery took place as part of a $163.9M contract modification Boeing received from the service branch in May 2019. Under the award, the company will also deliver the next two Super Hornets in February and April.

The company plans to hand over five modernized jets this year. A total of 15 units are undergoing modernization at Boeing“™s San Antonio and St. Louis facilities. 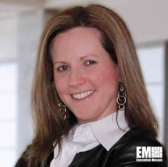