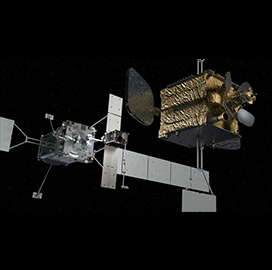 Executive Mosaic is pleased to announce Bruce Jette, assistant secretary of the U.S. Army for acquisition, logistics and technology, as an inductee into the 2020 edition of the Wash100 for leading innovation and the service branch's modernization initiatives.

This marks Jette's first Wash100 award. Jette was sworn into office in January 2018. He leads the execution of the Army's acquisition management system and oversees the sustainment and lifecycle management of the service branch's weapon systems and related equipment from research and development through test and evaluation, acquisition, logistics, fielding and disposition.

Amid recent leadership changes, he said the Army is still focused on its six modernization priorities: long-range precision fires; next-generation combat vehicle; future vertical lift; network; air and missile defense; and soldier lethality. He also cited the importance of advanced manufacturing in meeting these priorities and building up industrial production.

Apart from advancing these modernization priorities, Jette expressed support to the new intellectual property management policy, which he said seeks to strike a balance between efforts to promote industry innovation and long-term sustainment considerations.

Jette said there are four principles underpinning the new IP management policy and those are efforts to advance open communication with industry, development of a customized IP strategy, negotiation of custom data and licenses and negotiation for competitive prices at an early stage. “This new policy is the first step in a cultural change within the Army,“ he added.

The Association of the U.S. Army dedicated its fourth Innovators Corner session in October 2018 to 25 companies selected to present their proposals for addressing the service's six modernization priorities as part of the Expeditionary Technology Search competition.

Jette said AUSA's Innovators Corner allows small and non-traditional businesses and non-standard defense contractors to present their proposals. "One of the things we try to do is find a way to facilitate and understand what's possible by giving you a voice," he added.

In early 2019, Jette said he believes a new approach to missile defense, which is being developed with Army Futures Command, will lead to a better system to safeguard troops on the ground in response to the rapidly evolving threat environment.

“The threat has become much more complicated. It's not just tactical ballistic missiles or jets or helicopters. Now, I've got UAVs, I've got swarms, I've got cruise missiles, I've got rockets, artillery and mortars,“ he said at a Defense Writers Group event. Jette added that artificial intelligence will need to be a part of the approach in order to save lives.

He also shared his plans for Army Futures Command, which is composed of cross-functional teams that help accelerate the technology requirements development process and advance the service's modernization priorities.

“We'll have technical tests to make assessments as to whether or not the system is actually performing up to the different metrics that we want to, that will be part of trying to mature the technology from a tech perspective.“

Jette mentioned that the service expects to roll out by the end of 2020 the Integrated Air and Missile Defense Battle Command System, which Northrop Grumman developed to help address ballistic missiles, drones and other increasingly complex airborne threats.

"We fixed the requirements. … We've got an acquisition process in place and we are doing really well," he said. "We will be delivering next December systems that are deployable.“

Prior to his current role, Jette served as president and CEO of Synovision Solutions, which he founded to provide technical consulting, management, project management and engineering services to industry, military and government agencies.

He also served as an adjunct professor with the Edmund A. Walsh School of Foreign Service Security Studies Program at Georgetown University. He is a decorated veteran and retired as a colonel after 28 years of active duty.

Executive Mosaic congratulates the Army and Bruce Jette for his 2020 Wash100 Award selection. 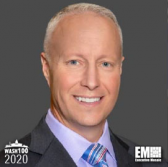