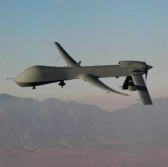 DARPA said Thursday the two industry teams will perform work under the first phase of the OFFensive Swarm-Enabled Tactics program that aims to deploy swarms of autonomy and human-swarm teaming platforms for small infantry forces.

Northrop and Raytheon BBN will serve as swarm systems integrators that will design, develop and implement an open architecture for swarm technologies in physical and virtual environments.

DARPA wants each system to include an expandable game-based architecture that can support swarm tactics design, integration and exchange; collaboration between teams of humans and swarm systems; and a physical testbed to validate new technologies.

The OFFSET program will also involve rapid technology development and integration activities dubbed “swarm sprints,” where participants can work with the integration teams and with each other to build and test their unique swarm tactics and technologies.

Each swarm sprint will focus on one of five technology development areas such as swarm tactics, swarm autonomy, human-swarm teaming, virtual environment and physical testbed.

The agency has set a Nov. 29 proposal deadline for the first core swarm sprint, which will focus on swarm tactics.

This story was originally published on October 16, 2017.